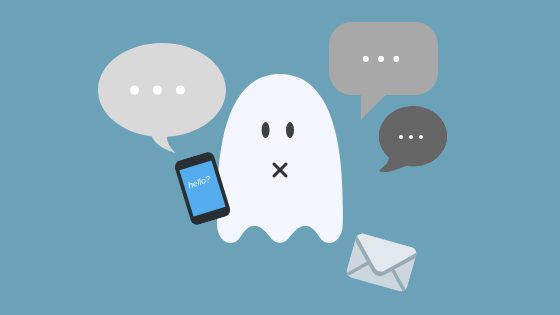 Ghosting, an act we may categorize as something that only happens when “retiring” personal relationships, has shifted to the professional space as an employment trend. It’s on the minds of many HR and recruiting professionals. And unfortunately, it’s on our radar as well.

Culturally acceptable it may be to “ghost” an individual to end a friendship or relationship, ghosting does not belong in the travel therapy and travel nursing industry.

While a traveler works through an individual recruiter to find a travel assignment, they aren’t courting or entering a relationship with just that one person. The credentialing assistant is working on finding places for the traveler to complete health exams, blood draws, drug tests, etc. Another credentialing person might be running background checks and collecting paperwork. The housing coordinator is calling apartments and renters for the best rates. The client is committing to phone interviews, selecting the traveler from a pool of other applicants, and providing a contract. Once that contract is signed, there have been many people involved in the process of starting this new relationship.

The hard truth is that signing and returning a signed contract to a recruiter is an acceptance of an employment offer. It’s an agreement to be at a set location on a specific day and at a specific time to start that term of employment. Once the client receives communication that a traveler has accepted, they stop recruiting for that need. Ghosting on that contract affects not just the recruiter with whom everything was communicated but the employer (Cariant) and all team members involved, the client, the co-workers expecting your assistance, and most importantly the patients at that facility.

Usually, travelers aren’t ghosting immediately after signing a contract but days or weeks later. Most facilities discover they are being ghosted when the traveler doesn’t show up for orientation. It takes another week for that facility to find a replacement in best-case scenarios.

Ghosting is not the answer. Communication is.

Between emails and phone calls (we’ll even throw back to landlines and a hand-written, USPS-delivered letter), there’s plenty of chances to inform recruiters of changed intentions.

Because otherwise, when you do call again, Cariant, the facility’s VMS system and entire health network have probably replaced your name with Casper.